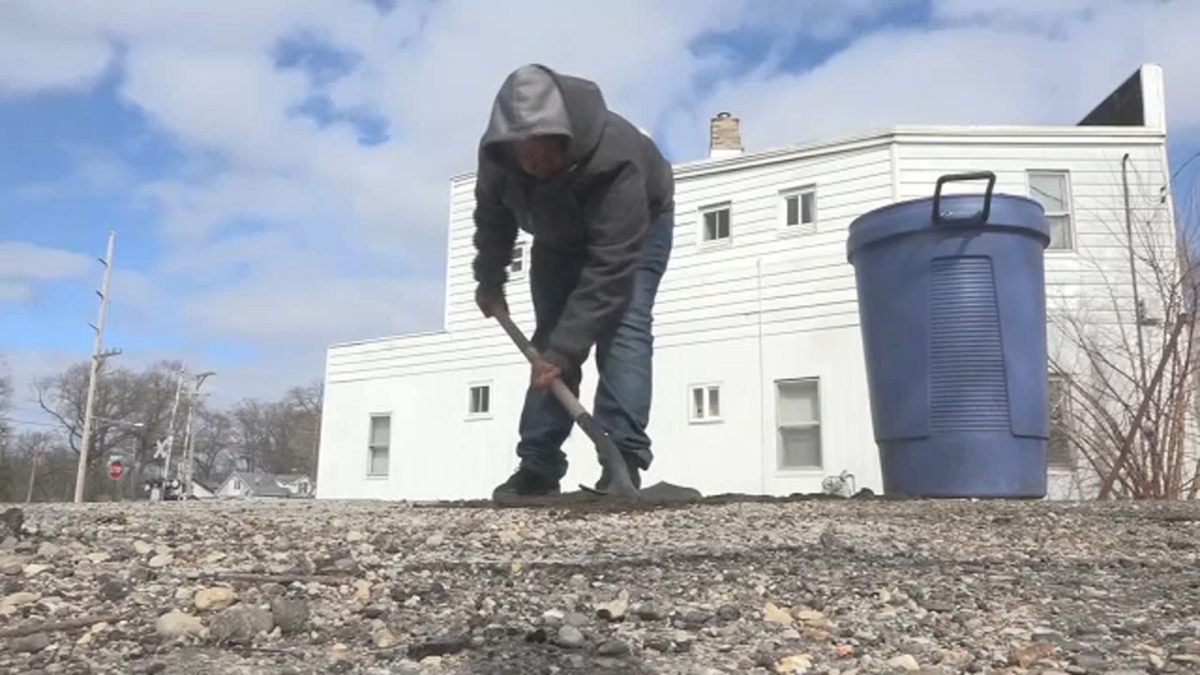 Trinnell Scott drove through a pothole and damaged her wheel and axel. Her son, 12-year-old, Monte Scott of Muskegon, Michigan decided to do something about the roads in his own community. Using dirt from his own backyard, he filled up his wheel barrow and spread the dirt in potholes. He didn’t tell his mom or his neighbors. He just went out and did it.

When asked why he filled the potholes, he said, “I tell myself: I have a responsibility of doing something to help the community out.” His mother was not shocked, saying, “He saw a need and he felt like he could meet that need, so that’s why he did what he did. He’s just that type of kid.” She continued, “He’s just a kid that likes to help people.” If it’s the fall, he’s raking leaves. Summer, spring, he’s cutting grass. Winter, he’s blowing snow.”

This good deed is getting a lot of positive press. Monte received an award from the mayor of Muskegon. The governor of Michigan called him to congratulate him on doing such a great job. He has received hundreds of letters. Lowe’s gave him supplies and tools to accomplish his tasks in a more effective way.

Joe’s Perspective: This is a feel-good story. Here is a kid who sees a problem who doesn’t believe the government will solve, so he just rolls up his sleeves and does it himself. It’s what everyone should do, right? Instead of whining and complaining. Instead of blaming others, Monte attempted to correct the problem with his own bare hands. Nice. I am a big fan of Monte Scott.

Still, I am left with a few basic questions. Why is this story so newsworthy? Shouldn’t we all do more positive things in our own community? Shouldn’t it be the norm to feel that we have a “responsibility of doing something to help the community out.”

Your Turn: What is the most significant thing you have done to help your own community?