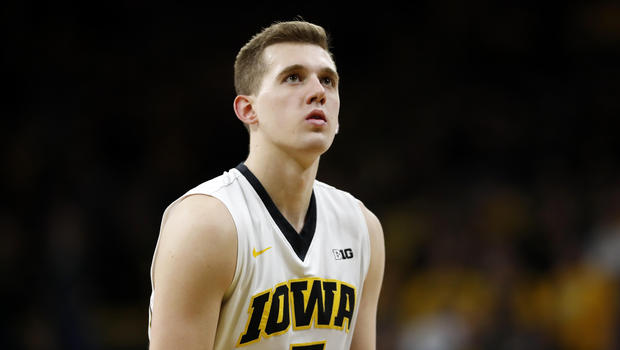 Jordan Bohannon, is a shooting guard at the University of Iowa. He is a good one too. He shoots with incredible accuracy. This weekend he stood at the free throw line with 34 straight makes to his credit. He pointed to the sky and shot the ball. Jordan missed… intentionally. Why?

Twenty five years ago, Chris Street was a pretty good shooter at the University of Iowa. In fact, he also made 34 straight free throws. However, Chris never got a chance to try for a 35th free throw. Chris was tragically killed in a car crash during his junior year.

“It just wasn’t my record to have,” stated Jordan. “Obviously, that record deserves to stay in his name.” Jordan knew in his heart that it wouldn’t be right to break that record and tred on his legacy. He continued, “I’ve been real close to his family for the past couple years. It’s got me emotional.” He made a decision about how to handle this situation. He decided to honor the legacy of Chris by not breaking his record. Chris Street’s father said, “What a way to show RESPECT for a fellow Iowa Hawkeye that you only knew by what you have read. I’m sure CMS (Christ Street) would like to claim you as his little brother.”

Joe’s Perspective: They say records are made to be broken. I mostly agree. We all do. However, there is an exception to every rule. Jordan proved that this weekend. I don’t know Jordan, but this was a class act. He earned the respect and the accolades because he provided a high-character move. I know the Iowa family appreciates this act of kindness. I know the Street family appreciates it too. Congratulations to this young man who chose appreciation over records.

Your Turn: What is your opinion of Jordan Bohannon, and his choice to miss this free throw?