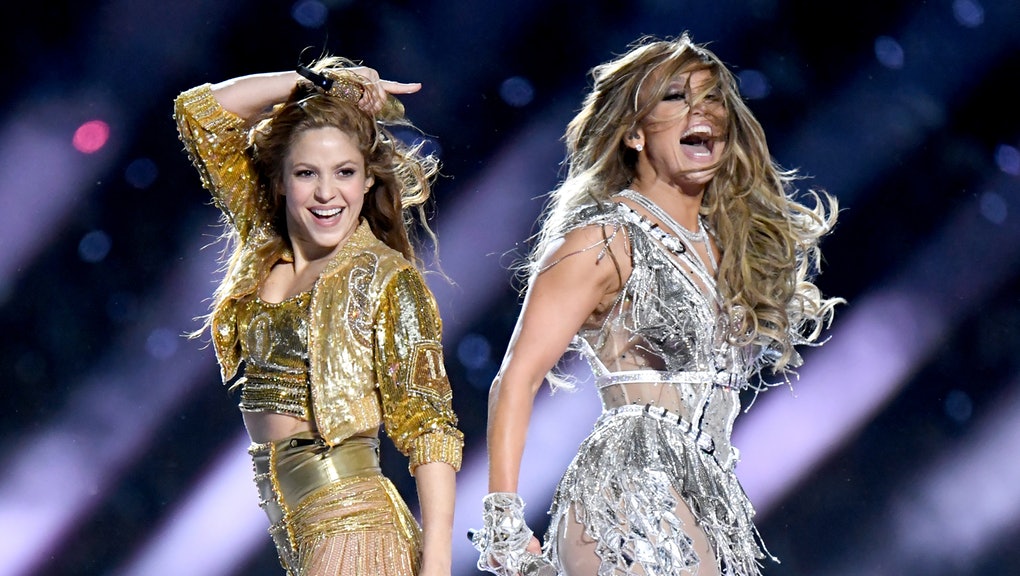 Let’s face it, the reason that the Super Bowl is typically the most viewed broadcast each year has more to do with the halftime show and the commercials than the football. In my lifetime experience of attending Super Bowl parties, most people talk during the game (which always annoys me). However, during the halftime show, everyone silently gathers around the T.V. to watch this year’s entertainment.  Everyone knows this performance will be the subject of conversation the following day. This year was no exception. The 2020 halftime show featured Jennifer Lopez and Shakira.

So, there I sat watching this performance with my 4 girls ranging from 10 to 14 years of age. There are other children watching at our house, the youngest girl was 8. All eyes glued to the TV. Do I think it was entertaining? Yes. Hot? Yes. Uncomfortable. Yes? I kept thinking, what are my daughters thinking right now? What is the message they are getting from watching these two superstar females dress so proactively? How do I explain why the male singers dress in baggy sweats and the females dress in glorified bathing suits? My fear is that my daughters received a clear message that if a woman wants to be an entertainer, she better be willing to showcase her body and move in suggestive ways.

Pro: Hey, this is entertainment. It’s entertainment for the eyes and the ears. It’s the biggest stage in the world. You better bring it. The NFL wanted to showcase the Latino vibe and this is part of the Latino vibe. If you don’t like it, you know how to change the channel. If you don’t want your kids watching then send them out of the room. And besides, this is empowering to women. If women want to show off their bodies, they should be able to without judgment. And, if any man judges her for it, he is just “slut shaming” her.

Con: Hey, this is prime time television. Don’t all Super Bowl performers sign contracts stating the show and costumes must comply with the NFL’s standards? What exactly are those standards? Does pole dancing and crotch grabbing in a leotard comply with these standards? We can all disagree about standards, but the “me too” movement is supposed to teach females that they shouldn’t be objectified. Isn’t society supposed to be judging women for their talents and skills, not for their sex appeal? If so, this halftime show didn’t help the cause. You can’t have it both ways.

Your Turn: Which argument do you agree with more? Was this appropriate entertainment for the viewing audience of the Super Bowl? Explain.