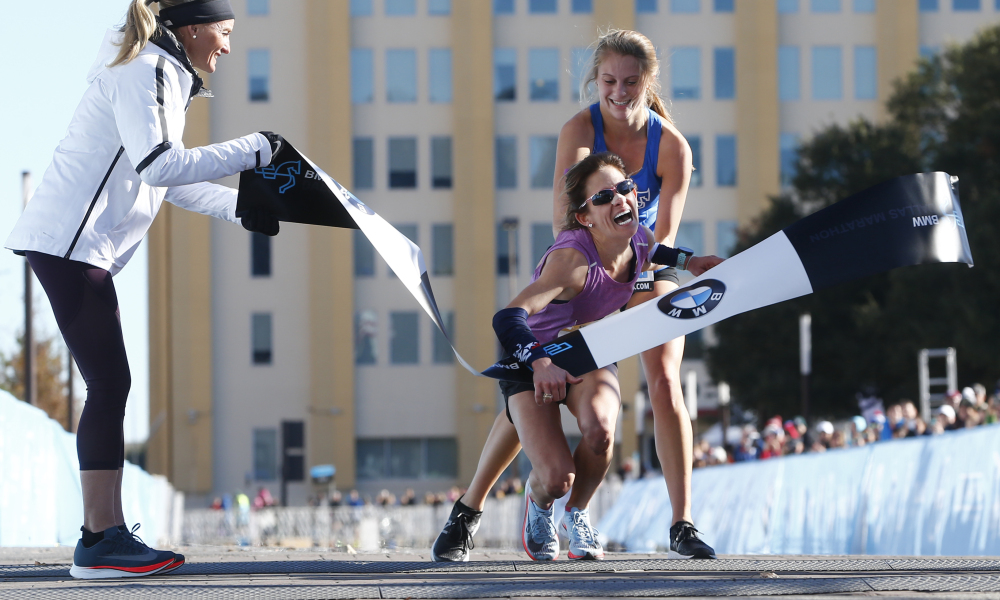 Chandler Self was leading the Dallas Marathon. However, she was struggling. With just 50 yards to go, Chandler’s legs gave out. Fellow competitor, Ariana Lutterman, noted these struggles and decided to help her.  Not once, not twice, not three times, but four times. Ariana physically picked her up off the ground. She actually pushed her across the finish line. After the race, Chandler acknowledged that she wouldn’t have finished without Ariana’s help.

Joe’s Perspective: The best part of the story is that Ariana (the person who helped) is a 17 year-old high school student. “The only thing I could think of to do was to pick her up, so I picked her up and I think she was a little confused at first,” Ariana said. “No way was I going to start sprinting and just leave her there. … I picked her up with all my might. Right when we got to the finish line, I just kind of pushed her in front of me so she would be the one to cross that line.”

Ariana could have easily run right past Chandler and finished without anyone second-guessing her. But, she didn’t. She offered kindness and compassion. And for this, I applaud her.

Your Turn: Is Ariana a class act for showing tremendous sportsmanship or more of chump for not being a harsh competitor? Would you have done the same thing?