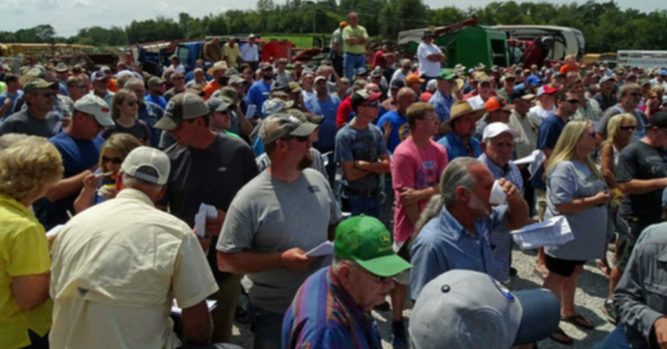 A few years ago, a grandfather died. He owned an 80-acre farm that had been willed down from his grandfather to his father and finally to him. However, instead of willing it to his son, David, he willed it to his brother. The brother had zero interest in running the farm, so he decided to sell it at auction. The son, David, was eager to buy back his family farm. So, he showed up to the auction to do just that.

Unfortunately, some 200 farmers also showed up to purchase this beautiful 80-acre farm. This saddened David because he knew he couldn’t outbid everyone. Still, David put in the very first bid. Then, something strange happened. Well, actually, nothing happened. When the auctioneer asked for more bids, everyone stood in silence. No one else bid. The auctioneer took a break. In fact, he took three separate breaks. Each time he returned, the farmers simply stood in silence. Finally, the auctioneer was forced to award the farm to David. Sold… to the first bidder.

Joe’s Perspective: All the farmers knew the story. They knew what was going on. They wanted David to get the family farm back in the family. The farmers showed up simply to make sure that happened. David was shocked. “I’ve had two profoundly humbling days in my life,” David said. “The first was the day my son was born. The second was that unforgettable day at the auction house.”

Your Turn:  What are your thoughts and feelings after reading this story?