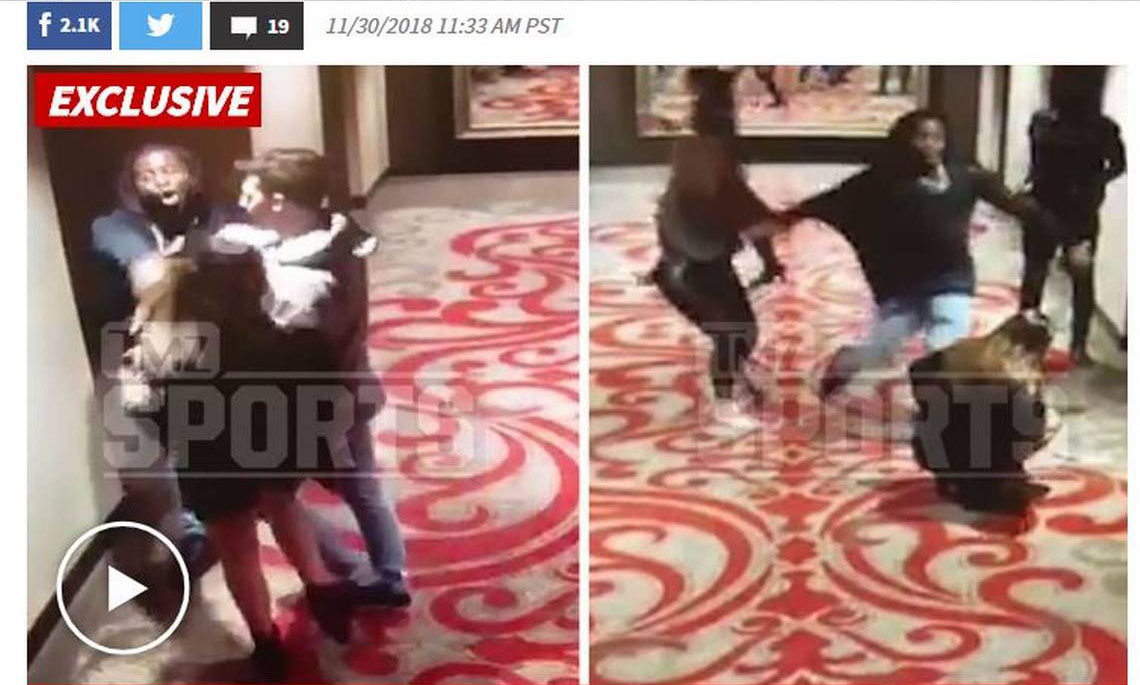 Kareem Hunt was the featured running back for the Kansas City Chiefs. Last year, as a rookie, he led the NFL in rushing yards. This year he is a big part of the reason why the Chiefs hold the best record in the AFC at 10-2.  That all changed this week after a video was released of Hunt physically abusing a girl in the hallway of a hotel. The video shows that an argument ensued between the two and friends tried to hold Hunt back when he got angry. Hunt then violently pushes his friend into the girl, sending the girl to the ground. Hunt then yells at her and kicks her while she is sitting on the ground.  When police arrived, neither party decided not to press charges.

The NFL and the Kansas City Chiefs were aware of the incident. The NFL attempted to get a copy of the video tape, but was unsuccessful. They interviewed Hunt and he told them his version of the story. Apparently, the NFL believed Hunt’s version of the story because no punishment was provided. However, after TMZ released the video, the Kansas City Chiefs released Hunt for the violence and for his lies afterward.

Joe’s Perspective: To be clear, the NFL should not be judged by the misconduct of a few athletes. Domestic violence is a societal issue and must be seen in this light.

I would like to think Hunt was released because of the morality of the situation.  As in, it is just wrong to hit a woman and the NFL will not tolerate their employees perpetrating such acts of violence. Unfortunately, I think it has more to do with public perception, viewer outcry and money. The NFL needed video evidence to act. They also simply took their employee’s word. This incident happened 10 months ago, not yesterday. It seems that they knew this video would create another black eye for the NFL and they just cut ties so that fans/sponsors wouldn’t boycott them again.

Maybe it doesn’t matter why the NFL severed ties with Hunt. Maybe the consequence is sufficient enough to send a powerful message to young people everywhere. Domestic violence will not be tolerated. Furthermore, it is entirely possible to lose your job for something you did while not on the job. So, make good decisions… handle your emotions properly… treat people with respect. One moment can ruin an entire career.

Your Turn: Do you think someone should get fired for something they do off the job (domestic violence, stealing, drinking and driving…)?