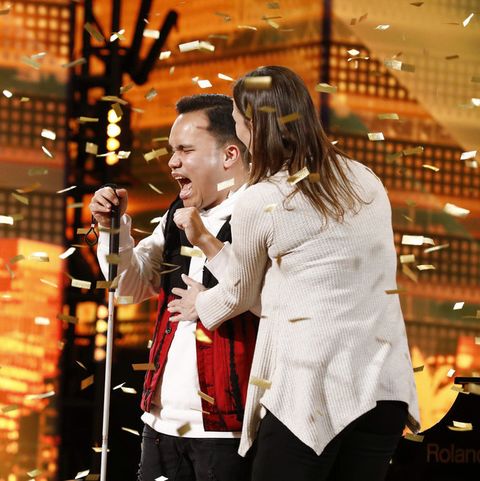 A few months ago, Kodi Lee walked on to the stage of America’s Got Talent. Because he was blind, he was accompanied by his mother, who escorted him as a seeing-guide. He started talking and everyone could hear and see that Kodi was different. He spoke with an excited, yet awkward voice. His mother explained that Kodi has autism.

You could tell that the judges didn’t know what to expect when Kodi sat down at the piano to sing for them. But when he did start singing, he was amazing. He brought tears to the judges eyes and a standing ovation from the crowd. It was a beautiful performance. Judge Gabrielle Union pushed the button, which gave Kodi a path to the finals.

Kodi continued to compete and astonish us all throughout the season. He is truly a miracle. He is a musical savant. His talent inspired people everywhere. And, just a few weeks ago, he won the 2019 America’s Got Talent title.

Joe’s Perspective: Yes, Kodi is a true inspiration. No doubt about it. What caught my eye, however, is what was not discussed. People everywhere voted for him. No one cared that he didn’t look a certain way or act a certain way. He had obvious disabilities and he had an awkward way about him. America judged him on his talent and his character. People connected with him and believed in him, which is why they voted for him. He was the best in the competition.

To me, this is further proof that we are not as racist, sexist or judgmental as many claim in America. If you look at who wins competitions like this, it does not depend on their gender, ethnicity, age or even sexual orientation. Americans and people in general have big hearts. Yes, there is ugliness in all societies, but, in my opinion, this result demonstrates that, all the “isms” are the exception and not the norm. I believe that as time goes on this will be revealed in elections and in corporations. The cream rises to the top. We embrace those with the best talent, ideas and character.

Your Turn: What did you take away from Kodi’s story?