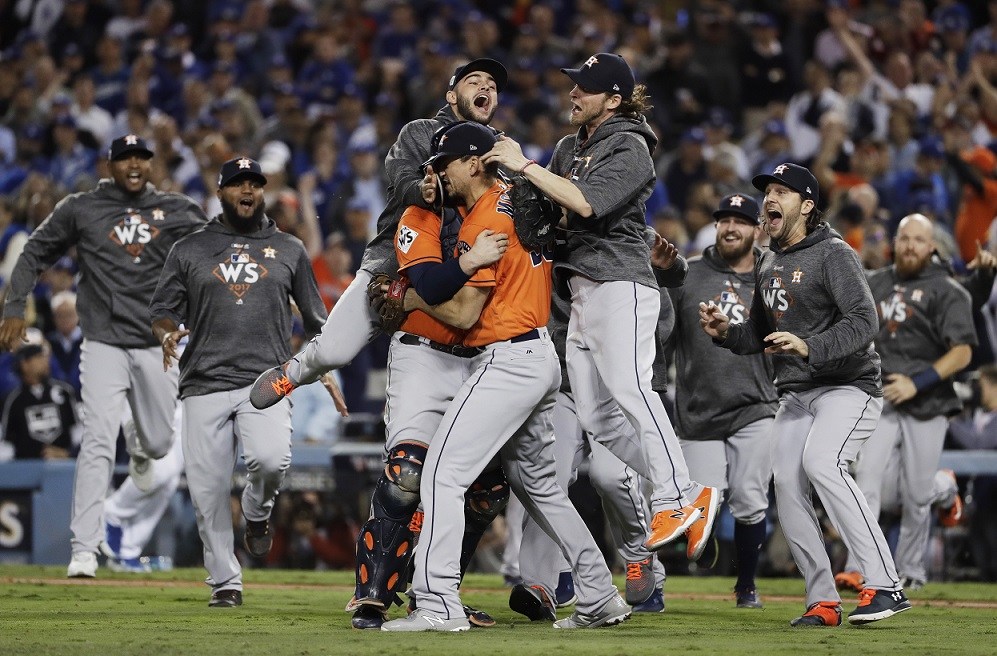 In 2017, the Houston Astros won the World Series. It was the first time they won the championship in their storied history. What a moment! The players went crazy, jumping up and down at the mound after they closed out the victory.

There was just one problem – they cheated. You see, the catcher on the team provides signs between his legs that tell a pitcher what pitch to make. After the pitcher sees the sign, he throws that pitch. The Astros set up video equipment in the stands behind center field to steal signs from the opposing catcher. The Astros then assigned people to decipher the catcher’s signs and relay it to the batter. Specifically, they used a bat to bang a trash can in the dugout – two bangs equaled a change up, 1 bang equaled a fast ball. When the batter knows the pitch, he is much more prepared to hit it. If a team does this over and over, they gain an unfair advantage. If a team does it during a World Series, it is enough to win a championship.

Punishments: As a result, Major League Baseball decided to suspend the manager and the general manager for 1 year. In addition, they took away their 1st and 2nd round draft picks and fined the team $5 million. Apparently, these punishments weren’t enough because the owner decided to fire their manager and general manager. However, the Houston Astros have been allowed to keep their World Series title.

Joe’s Perspective: Since the beginning of the game, teams have tried to steal signs to gain an advantage. Runners on second base attempt to decipher the signs and relay his findings to the batter. Baseball purists say it’s part of the game. However, using video equipment is considered cheating. Everyone knows it. So, when players were traded to other teams, these players began to spill the beans to their new teammates. Other teams told Major League Baseball and the investigation was on.

Every sport has their rules. They players knew this was wrong and commented as much during the investigation. If players knowingly breaks the rules, it is cheating, pure and simple. Since they did this during the World Series, I say they should vacate the championship. I believe Major League Baseball could have sent a powerful message, but didn’t.

Your Turn: Do you think this is cheating and, if so, what should the punishment be for the Astros?