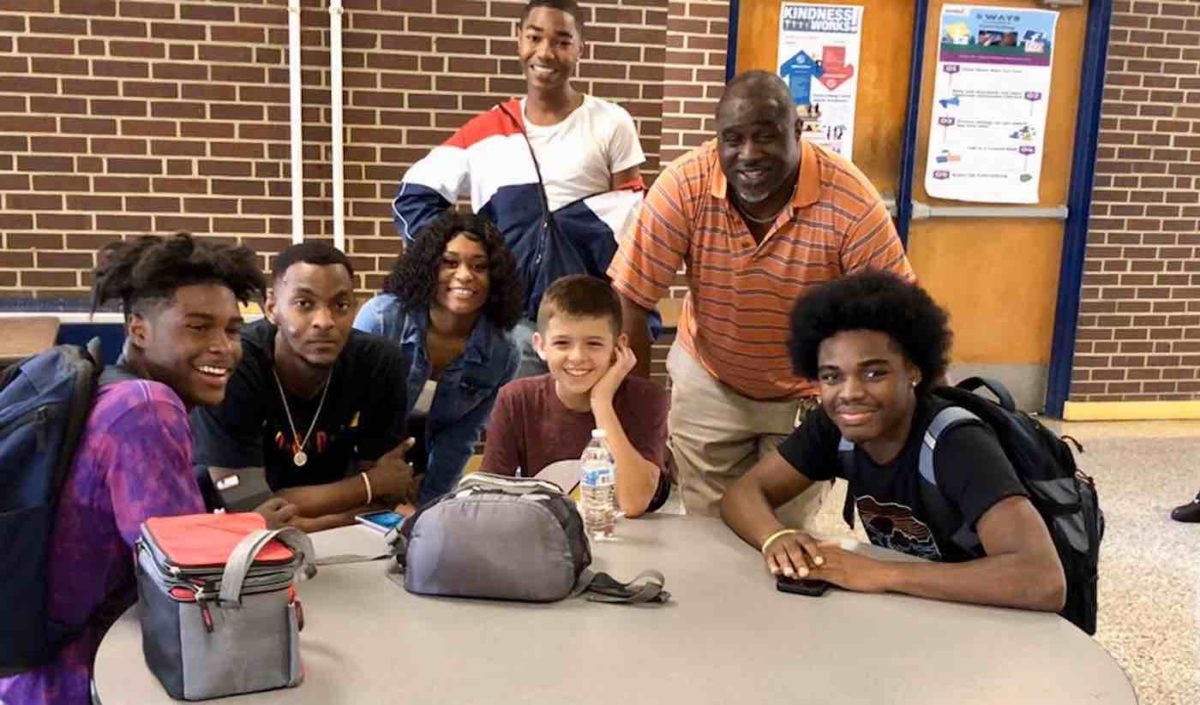 Cale Wrenn is a 14-year-old freshman at Reidsville High School in North Carolina. On the first couple of days he felt bullied or at least ostracized by his peers. Several kids made fun of him for being short and thought “he was a loser.” As a result, he had lunch by himself at the lunch table. When his older sister texted Cale to check on his day, she learned of his situation. She encouraged her friends to send Cale some positive messages on social media.

When some prominent upperclassmen heard about Cale’s situation, they took it a step further. The next day they met Cale in the lunchroom and had lunch with him. They then took him for a tour of the school. In essence, they took Cale under their wings and made Cale feel welcomed. Demontez Canada, a member of the football and basketball teams said, “We decided to catch Cale off guard at lunch and have lunch with him and show him around the school and make sure he was OK and give him new friends.”

This made Cale’s day. “It felt really nice to know that there are people who care,” Kyle said later. He went on to refer to the interaction as “probably the best experience” of his life.

Joe’s Perspective: Look, there are mean kids everywhere. I’m not sure this will never fully change. Kids get picked on,ignored and left out. However, we can change the outcome. We can intervene. We can step in and make small differences. It’s called leadership…It’s called empathy… It’s called courage. This story is the perfect example. Several leaders in a school changed the outcome for this lonely kid who felt out of place. As a result, Kyle’s experience went from miserable to “probably the best experience” of his life. We all have this type of power to positively impact daily situations around us.

Your Turn: To show your leadership, what small act can you do today to make someone’s day at your school?