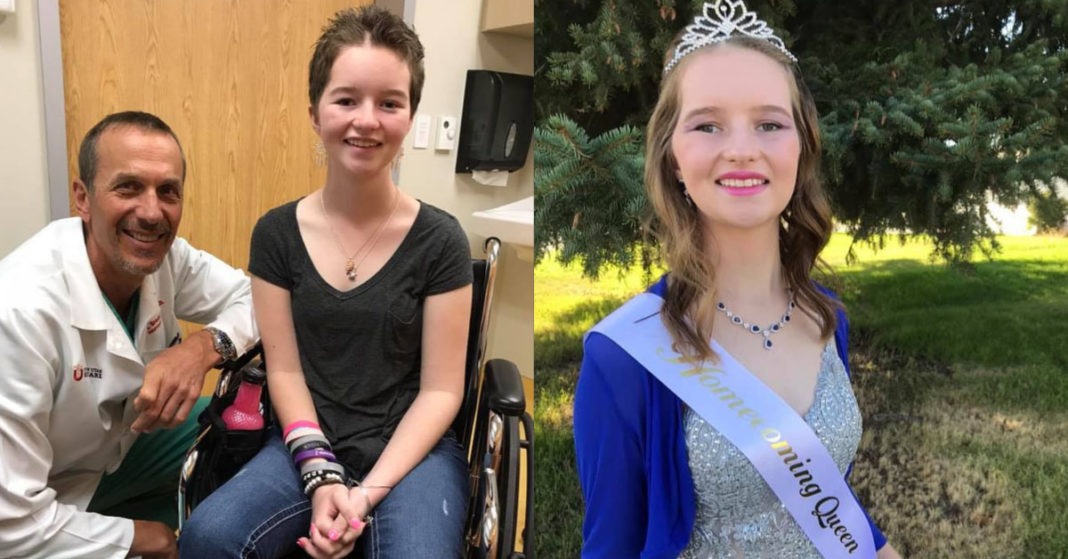 In 2017, 14-year-old Deserae Turner was shot in the head and left for dead. She was was shot by two male classmates who were “tired” of Deserae messaging them on Snapchat. They lured her to a canal to hang out. They then stole $44 from her and shot her in the head. Deserae was discovered later that day and immediately taken to the hospital where she was put into a medically-induced coma. Since then, she has endured 10 brain surgeries and has 2 more scheduled. The bullet pierced her brain, damaging her memory and reducing mobility in the right side of her body. Deserae has little memory of that day and has expressed shock that two classmates did this to her.

Two years later, Deserae was named Homecoming Queen of Green Canyon High School. This is an honor that was voted on by her peers. Moreover, when members of the community heard the news, they donated their services and finances to make it a perfect night for Deserae. For example, a hairdresser did her hair and make up for free. The cost of her gown, shoes and jewelry was paid by members of the community. When Deserae walked on the football field that night, she was greeted by a standing ovation from her peers.

“’I was just a homecoming queen, there’s nothing special about that,’” Deserae said. “But if you think about what I’ve been through, yes — it’s very special. It is very awesome.”

Joe’s Perspective: Its unimaginable what humans can do to other humans. Acts of violence cannot be taken back. She will always be affected by this despicable act of cruelty. She has spent her teenage years in hospitals and rehabilitation centers instead enjoying high school activities. She will never be able to drive a car. The shooter received a prison sentence of “Life behind bars.” Deserae has shown great courage, determination and character thru it all. She could have become jaded or mean toward others, but her kindness continues to shine.  I think the homecoming queen vote was the way the student body demonstrated their support. It was their way of recognizing the goodness in her!

Your Turn: What lesson(s) do you take from this story?